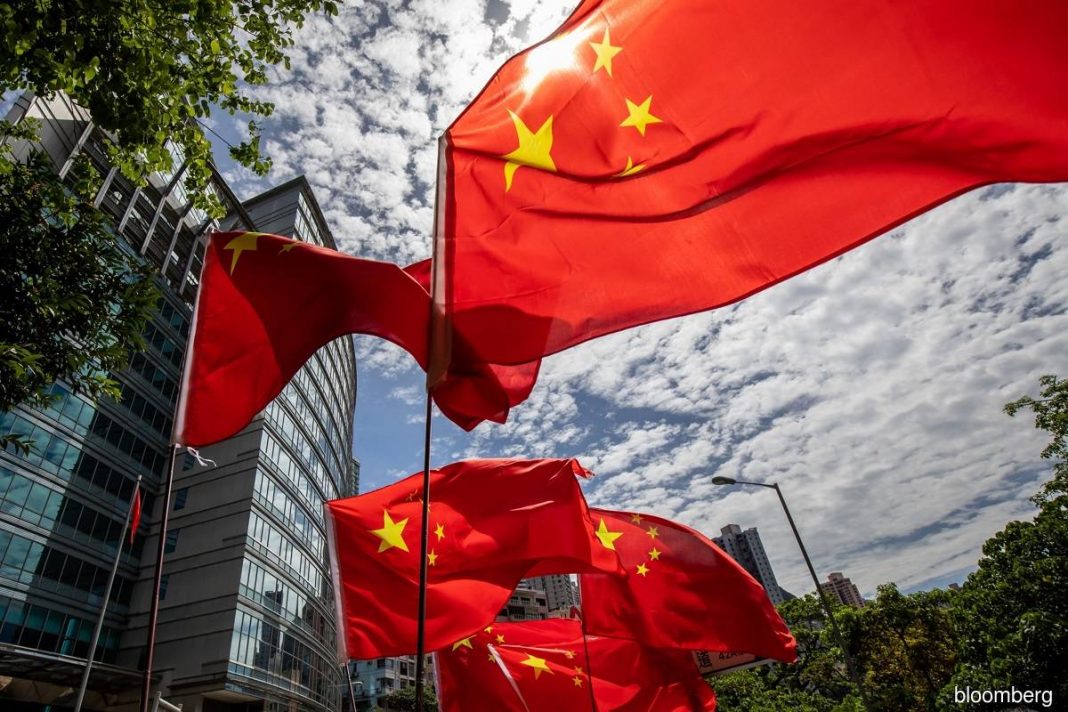 China’s state media said local governments could sell more than US$229 billion of bonds to fund infrastructure investment and plug budget gaps, a further move by Beijing to shore-up an economy hit by worsening coronavirus outbreaks and a property slump.

Economists are turning even more bearish, with Goldman Sachs Group Inc lowering its projection for gross domestic product growth to 3% from 3.3% while Nomura Holdings Inc slashed its forecast to 2.8% from 3.3%. That’s below the 3.8% consensus in a Bloomberg survey of economists and far away from the government’s original target of around 5.5% set for the year.

China’s growth in the second half is likely to be “significantly hampered” by the Covid Zero policy, as well as a “deteriorating property sector, local governments’ worsening fiscal conditions, and a likely slowdown in export growth,” Nomura economists led by Lu Ting wrote in a note.

Monetary stimulus came in the form of a surprise interest rate cut early this week. But the relatively small size of the cut prompted calls from economists for more easing, including more rate cuts and reductions in the reserve requirement ratios of banks.

Fiscal stimulus has been centered on boosting infrastructure investment and giving local governments more resources to do that.

The China Securities Journal reported on its front page on Thursday that local governments could utilize some of the 1.55 trillion yuan (US$229 billion) of unused bond quota from previous years. That could be topped-up by an unspecified amount from next year’s quota in advance, the Shanghai Securities News reported Luo Zhiheng, chief economist at Yuekai Securities Co, as saying.

The third quarter will be an “important window” for sales of additional local government special bonds which are mainly used to fund infrastructure spending, the Shanghai Securities News cited Zhang Yiqun, a member of the Society of Public Finance of China as saying. Local governments already issued a record amount of those bonds for the first half of this year, using up most of their 2022 quota.

With Beijing yet to announce a comprehensive plan to restore confidence in the housing market, economists doubt that an infrastructure-focused approach can work on its own. Real-time data, including from satellite images, show the boost to construction from infrastructure is so far being outweighed by worsening property investment.

President Xi Jinping and Premier Li Keqiang both made public appearances this week, in a sign that the Communist Party’s annual secretive summer break at a beach resort in northern China has ended. Discussions there were likely dominated by personnel changes at the party’s upcoming congress, which occurs every five years, another reason why analysts doubt there would be more significant stimulus to come.

“Rolling out a comprehensive stimulus package is of low probability in a year of government reshuffle,” the Nomura economists wrote.

Data on Wednesday showed a further drop in fiscal income as the economy slows and the government provides large tax rebates to support businesses. At the same time, local governments have been pushed to spend more, particularly on virus testing and controls as Beijing orders local governments to persist with a Covid Zero policy.

China’s augmented budget deficit — including current spending, plus funds used for investment — rose to 5.24 trillion yuan so far this year, according to Bloomberg calculations based on official data.

The fiscal data highlighted the ongoing slump in China’s property market which drives demand for goods and services worth about 20% of China’s GDP. Local governments’ revenue from selling land in the seven months plummeted almost 32% in July from a year earlier, although the magnitude of the fall was about the same as in June, official data showed. Revenue from deed taxes, which are paid when a property is bought or sold, fell 28.3% in July.- THE EDGE