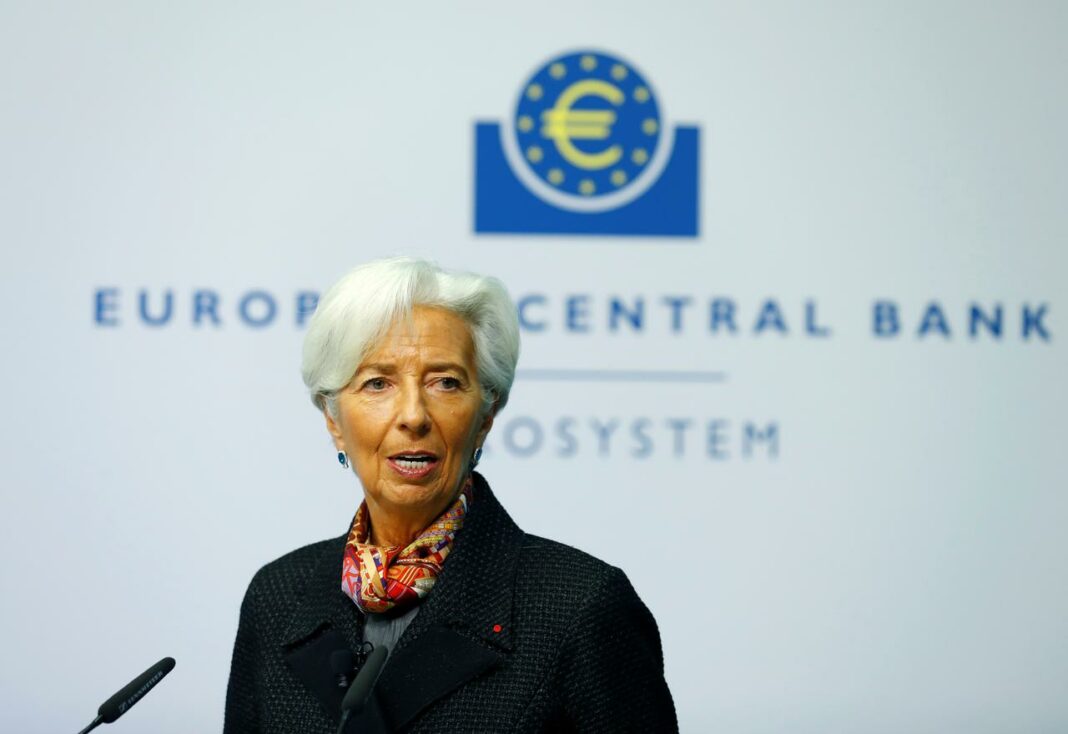 The European Central Bank (ECB) has raised interest rates for the first time since 2011 to tackle eurozone inflation that increased to 8.6% last month.

In a surprise move, the ECB pushed its base rate up by 0.5 percentage points, after economists had expected a smaller 0.25 point rise.

Joining the US Federal Reserve and Bank of England in the fight against inflation, the ECB said the increase was necessary after a surge in food and fuel costs that shows no signs of easing in the next few months.

The ECB’s president, Christine Lagarde, said: “We expect inflation to remain undesirably high for some time, owing to continued pressures from energy and food prices, and pipeline pressures in the pricing chain.”

Speaking at a press conference after the decision, she said the depreciation of the euro against the dollar had raised import costs, adding to inflationary pressures.

Meanwhile, the economic outlook for the 19-member currency bloc was weakening, causing policymakers a headache as they weighed up the likely path of inflation next year.

If the economy falls into recession, it will put downward pressure on prices towards the ECB’s 2% target without the need for further interest rate rises.

“Looking further ahead, in the absence of new disruptions, energy costs should stabilise and supply bottlenecks should ease, which, together with the ongoing policy normalisation, should support the return of inflation to our target,” she said.

The ECB raised its three key interest rates to 0.50%, 0.75% and 0% respectively, ending an era of negative rates dating back to the Greek debt crisis of 2012.

Wrong-footed currency traders reversed losses made by the euro against the dollar and pound earlier in the day.

However, the dollar could be boosted again when US policymakers meet next week, the expectation being that they will increase the Fed’s main interest rate by 0.75 points.

The Bank of England is also expected to press ahead with another rate rise in August.

ECB officials have come under pressure from German, Dutch and Austrian officials to increase borrowing costs despite concerns that debt financing costs would escalate for southern European members of the euro currency bloc.

The collapse of Italy’s government earlier today increased the cost of Rome’s borrowing and put pressure on the ECB to step up its “anti-fragmentation” programme, designed to protect countries that come under debt financing stress.

Recession concerns have helped push the euro to a 20-year low against the dollar, which adds to the ECB’s inflation-fighting task by worsening already high energy prices. Oil is among many commodities priced in dollars.

He said the causes of inflation would not be affected by the interest rate rise, but the ECB was wise to make a bigger splash ahead of a possible downturn.

“The hike, as well as potential further hikes, are all aimed at bringing down inflation expectations and to restore the ECB’s damaged reputation and credibility as an inflation fighter. Today’s decision shows that the ECB is more concerned about this credibility than about being predictable.”

The Bank of Japan earlier on Thursday maintained ultra-low interest rates and signalled its resolve to remain an outlier in the policy-tightening wave. – THE GUARDIAN